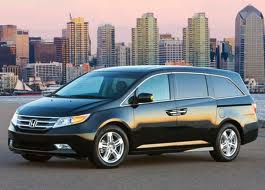 Designed and built in the United States, the right passenger Odyssey features the highest EPA[i] highway fuel economy rating for an eight-passenger minivan of 28 mpg for Odyssey Touring. It has also earned the best possible safety ratings from both NHTSA (5-Star Overall Vehicle Score) and the IHS (TOP SAFETY PICK), an achievement that no other currently tested minivan can match.

[i] Based on 2012 EPA mileage estimates. Use for comparison purposes only. Do not compare to models before 2008. Your actual mileage may vary depending on how you drive and maintain your vehicle.